I'm participating in a really cool blog hop tour with some awesome giveaways attached. If you haven't checked out the Authors are Rockstars tour, why not start with my entry. I'm talking all things Velveteen over at Citrus Reads, including serial killers, censorship and what's next!

Plus! I'm giving away a signed finished copy of Velveteen and the contest is open internationally! 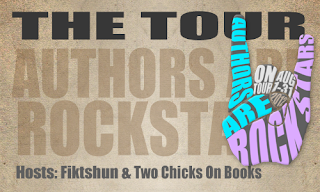 It's Question and Answer Period!

Over at the YA Rebels, we did a week of responding to folks questions. I ended up with so many that I had to split the responses into two videos. So here they are bundled up together for your convenience.

If you have other questions feel free to ask in the comment thread, I'll be more than happy to respond!
Posted by Danny at 9:59 AM No comments: 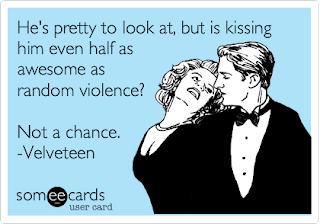 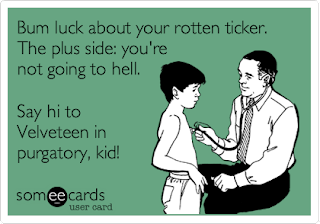 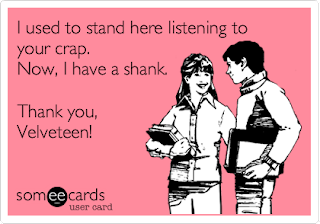 Also...ask me questions and I'll answer them in my next Sunday vlog!

"Dark, demented, and edgy,
with just the right amount of humor and romance mixed in.
Daniel Marks has written the afterlife
like you've never seen it before."
--Richelle Mead, New York Times Bestselling Author of the VAMPIRE ACADEMY series

Velveteen Monroe is dead. At 16, she was kidnapped and murdered by a madman named Bonesaw. But that’s not the problem. The problem is she landed in purgatory. And while it’s not a fiery inferno, it’s certainly no heaven. It’s gray, ashen, and crumbling more and more by the day, and everyone has a job to do. Which doesn’t leave Velveteen much time to do anything about what’s really on her mind.

Velveteen aches to deliver the bloody punishment her killer deserves. And she’s figured out just how to do it. She’ll haunt him for the rest of his days.

It’ll be brutal... and awesome.

But crossing the divide between the living and the dead has devastating consequences. Velveteen’s obsessive haunting cracks the foundations of purgatory and jeopardizes her very soul. A risk she’s willing to take—except fate has just given her reason to stick around: an unreasonably hot and completely off-limits coworker.

Velveteen can’t help herself when it comes to breaking rules... or getting revenge. And she just might be angry enough to take everyone down with her.


"Velveteen has it all: a ghost hell-bent on revenge,
a wickedly hot dead boy and an underworld revolution
--I couldn't get enough!"
--Kimberly Derting, Author of THE BODY FINDER series and THE PLEDGE

For a personalized and signed copy order your copy of VELVETEEN through
University Books
Instructions: Leave a comment requesting personalization in the box on the order page! Allow extra time for this option!
Posted by Danny at 8:34 PM 1 comment:

Here's some things about what's going on with me and some books I snatched.

Velveteen slips through the cracks on October 9th!

Who is this guy?

Daniel Marks writes young adult horror and fantasy, spends way too much time glued to the internets and collects books obsessively (occasionally reading them). He’s been a psychotherapist for children and adolescents, and survived earthquakes, volcanoes and typhoons to get where he is today, which is to say, in his messy office surrounded by half empty coffee cups. He lives in the Pacific Northwest with his wife, Caroline, and three furry monsters with no regard for quality carpeting. None. Email Danny now!

Foreign rights inquiries should be directed to my agent, Jim McCarthy, at Dystel and Goderich Literary Management. Email

Where you can find me!

Friend Me on Goodreads!

Promote Your Page Too